Belgium, officially the Kingdom of Belgium, is a sovereign state in Western Europe bordered by France, the Netherlands, Germany, Luxembourg, and the North Sea. It is a small, densely populated country which covers an area of 30,528 square kilometres (11,787 sq mi) and has a population of about 11 million people. Straddling the cultural boundary between Germanic and Latin Europe, Belgium is home to two main linguistic groups: the Dutch-speaking, mostly Flemish community, which constitutes about 59% of the population, and the French-speaking, mostly Walloon population, which comprises about 40% of all Belgians. Additionally, there is a small 1% group of German speakers who live in the East Cantons. 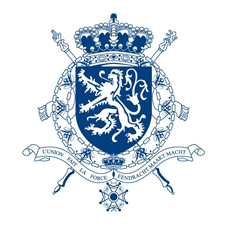